Why are Snails Food in France?

If you love to travel and explore new cultures and foods, then you might be wondering why snails are food in France. After all, French cuisine is renowned worldwide for its sophistication and complexity. In this post, we’ll dive into the history of this strange food, where snails come from, and where to find the best escargots in France.

Snails are food in France because the Romans brought them when they settled in the area. Over time, eating snails grew into a status symbol, which expanded into mainstream recognition in the 19th century thanks to an influential chef.

What is the French Food with Snails Called?

The French word for snail is “escargot,” and as a menu item (regardless of country) often has the same name. This French delicacy does not actually originate in France, though the culinary traditions there took part in making it delicious.

While the French are now known for their culinary love of escargot, the snail was supposedly introduced to French cuisine by the Romans. According to historical records, the Romans cultivated snails as a food source in ancient Greece before bringing the practice to their colonies throughout Europe. As they conquered and settled in what is now France, they brought along snails and began farming them in special enclosed areas.

However, it took several centuries for this new dish to catch on among the local population. In Italy, Pope Pius V (1566-1572), who loved eating snails, decided that they should be classified as fish. This then allowed him to continue consuming them during Lent.

However, It was not until the 17th century that France began cultivating snails specifically for culinary purposes. Eventually, eating snails became an elite food, a mark of sophistication and wealth among upper class French society. Marie-Antoine Carême, an influential chef during the 19th century, even served escargots to Napoleon.

So next time you indulge in some escargot, be sure to thank the Romans for introducing this culinary delight!

Where do Escargots Come From?

Escargots are mainly sourced from farms. The practice of snail farming is called heliciculture, which mostly occurs in France, Italy, and Spain. French snails are cultivated on at least 300 snail farms across the country, but those snail farms only constitute a small percentage of the industry.

According to this NPR report, many of them are imported from other European countries like Hungary, Ukraine and Czech Republic. For example, large processing plants in France producing Escargots de Bourgogne are doing so in the region, but not with Burgundy snails.

Believe it or not, these land snails are also foraged in France, albeit in smaller numbers. On the eastern edge of France at the Alps, snails are collected by knowledgeable foragers after rain in fall and early winter.

After harvesting, fresh snails are taken to a processing facility. Then, they are inspected carefully and washed. If it’s a large facility processing many species and lots, the species are separated.

The next step in preparing escargot is to blanch or flash boil the snail in its shell to kill any harmful bacteria. Then, the snail meat is removed from the shell and boiled in a stock for flavor.

At this point, there are different options, depending on retailer or restaurant requests. One option is to can the snail meat for preservation. The meat can be used for pates or other types of hors d’oeuvres. Another is to put the meat back in sterilized shells for packaging. Or a third, might even include adding a garlic butter spread to be stuffed in the shell prior to packaging, for easy baking in the oven at home.

Most escargots served at restaurants in France come pre-cooked and prepared for easy eating. This usually involves removing the snail from its shell and then marinating it in garlic butter and finely chopped parsley. The snail is then placed back into its shell with the garlic butter and baked.

Escargots are not a full meal, but a dish served as an appetizer. When it is time to eat, you can use snail tongs to grab the snail shell, and a small fork to remove the meat from the shell.  Or, if you are feeling brave, suck them out with your teeth. Be careful though, as garlic butter might drip all over you!

The restaurant will likely give you a basket of sliced baguette or some toast to go along with your escargots. Don’t leave any garlic sauce – it’s too good!

If you want to try your hand at cooking escargot at home, you can purchase snails from grocery and specialty food stores. Also, buying snails online is easy. These canned snails are simple to prepare. Usually, what you’ll find at grocery stores is already cooked snails. If you happen to find fresh snails, refer to the processing info above for the best way to sanitize and prepare them.

Another popular way French people eat escargots is with the snail meat stuffed into a puff pastry. This is essentially the same combination of bread with your garlic butter parsley sauce but in a different form.

The most popular escargot preparation is with garlic, butter, and parsley. However, you can use truffles or truffle oil for a heartier dish. If that isn’t rich enough for you, some recipes even pair snails with foie gras. Play with the herbs for variations on flavor, and lemon is always a nice lift for summer.

What to do with the leftover snail shells

After you cook snails at home, you might consider saving them. Believe it or not, the snail shells are reusable! Because of this, many grocers sell the shells and the snails separately. So sterilize your shells with boiling water, let them dry out, and save them for next time. That way, you won’t have to both with the cleaning process every time you want to eat escargot at home.

If you’re at a restaurant, I prefer to empty all the garlic butter from the shells and set them aside. Then, grab your bread and soak up every remaining bit of garlic sauce you can!

Snails taste somewhat neutral, but a little bit earthy. Usually they are drowning in garlic butter, so you can’t really taste them much beneath that.

While you can find escargots in France at many restaurants, you want to seek out the ones serving fresh snails. There are many restaurants that specialize in serving snails, and they can be found in both rural and urban areas. Here are two really great options for tasting escargots while in Paris:

When dining on snails in France, ask where they are from. Food is best paired with wine from the region it originates, and this is especially true in a place like France, where terroir is so important in viticulture and wine making.

Either red or white wine will pair, but white wine is great – a Bourgogne blanc like Chablis (Chardonnay) is a perfect pairing.

Plan a Trip to France for Food

I can’t deny that escargots are an interesting food choice. Not only are snails edible, but they are delicious, especially when doused in garlic and butter. Whether you like them or not, any foodie would agree that the dish should be experienced at least once. If you’re planning a trip to France, food should be central to your plans, and escargots should be on the list! 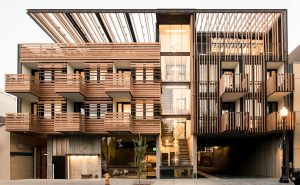 Best Healdsburg Hotels for a Perfect Weekend of Wine Tasting 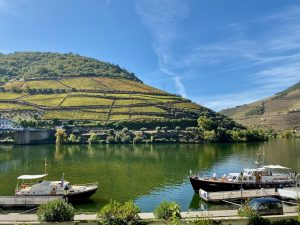 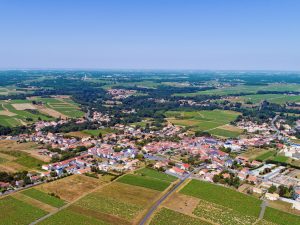 5 Vineyards Near Nantes to Visit 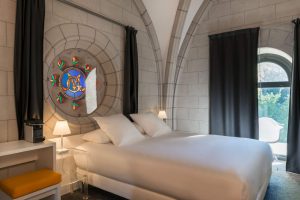 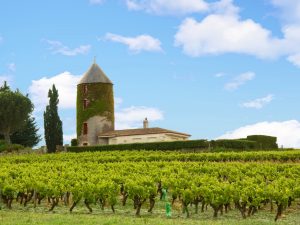 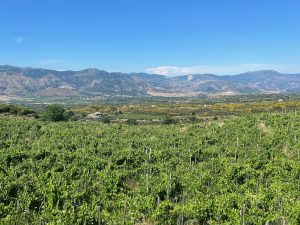